Repetition Repeats all other Repetitions

a piece for 10-stinged guitar and electronics 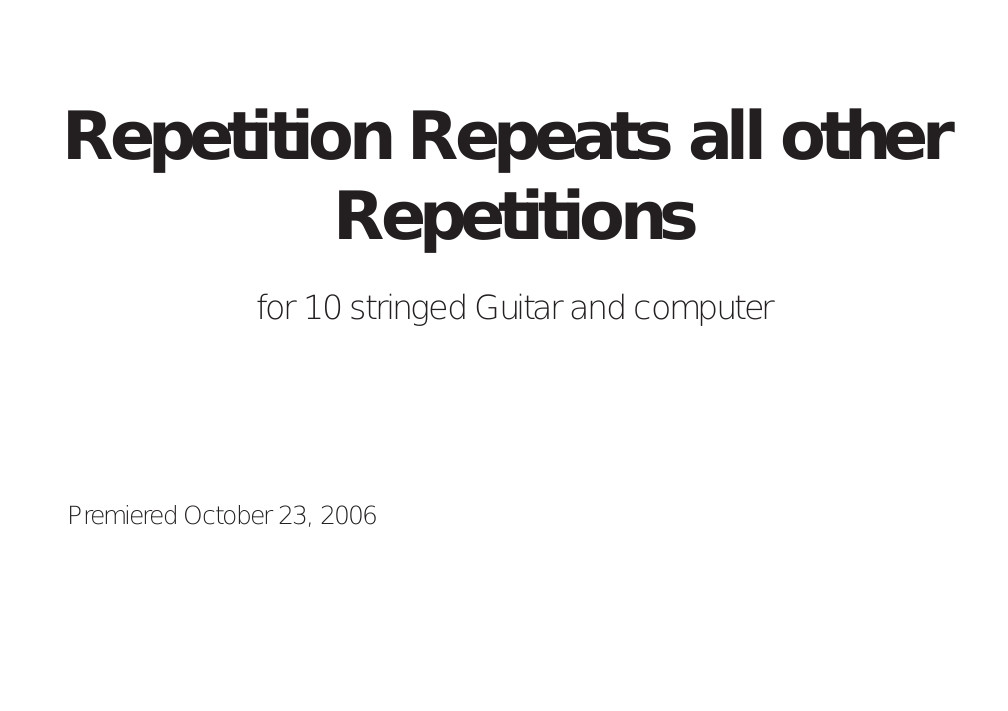 a piece for 10-stinged guitar and electronics

This is a version worked out by myself and Stefan Östersjö in January 2007. When Östersjö came across the classic dadaist film “Symphonie Diagonale” he found that perhaps it could serve as an alternative source for inspiration in order to come up with a different way to interpret Repetition Repeats all other Repetitions. Viking Eggeling’s film became the method. When we started analyzing Eggeling’s film we soon realized that it, in its composition, had some striking similarities to “Repetition…” in that it has three distinct set of materials that are combined and re-organized during the course of the work. Although we did strive for harmony between image and sound, we did not attempt to set music to the film; the two works have been aligned in time, still respectful of the integrity and identity of the classic work of art that the “Symphonie Diagonale” has become.

Viking Eggeling(1880-1925) was an artist and film maker from Lund, Sweden. In Paris in the early 20’s, he and Hans Richter started experimenting with the film medium which eventually led to Eggeling completing the “Symphonie Diagonale” in 1924, just before he died in May 1925 at the age of 45.